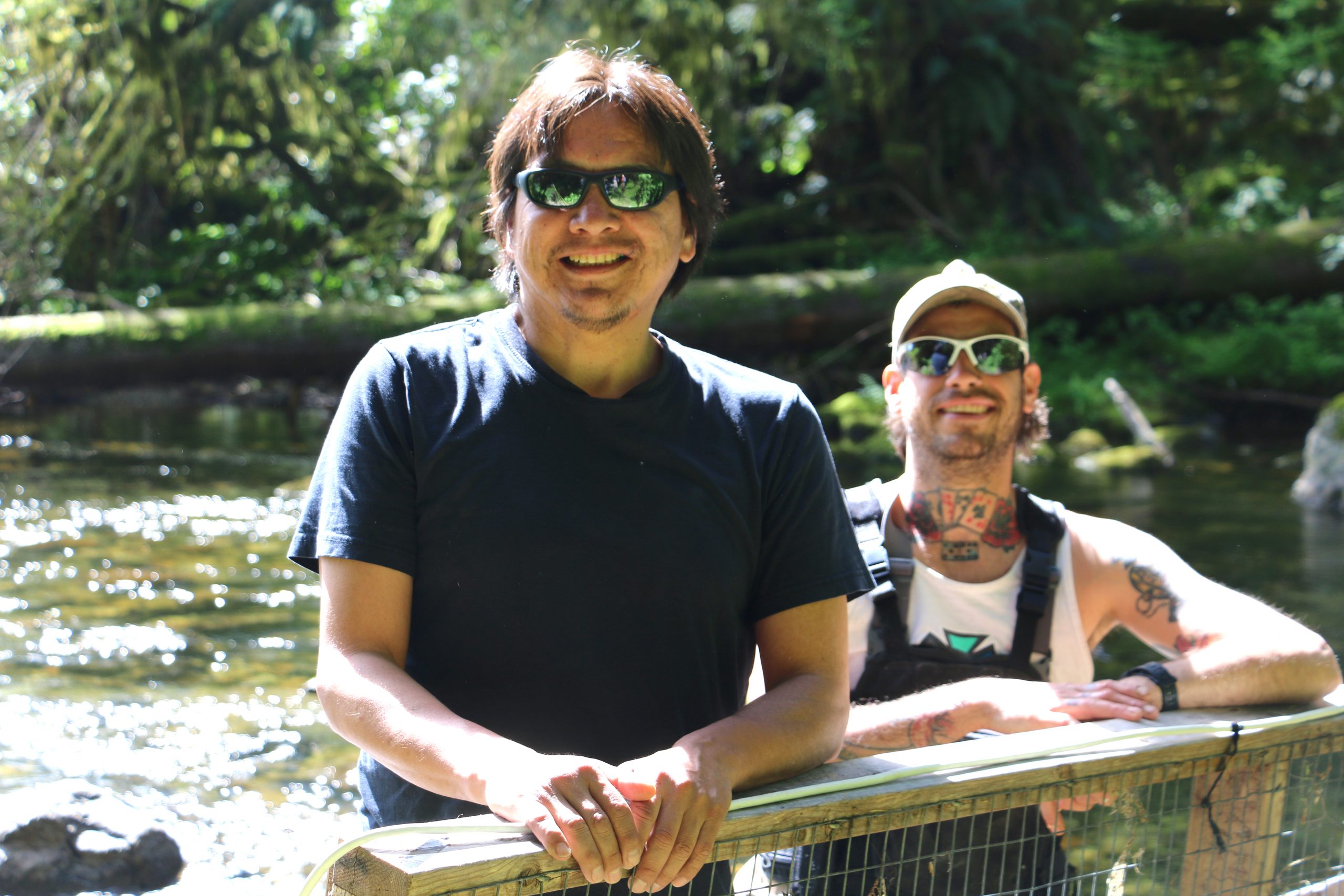 If you’re looking for the Ditidaht First Nation fisheries staff this time of year, they can be found out on Nitinat Lake and in the Hobiton River, monitoring their fisheries for the security of future generations.

“Over the years, my elders taught me about resources, and they always made sure there were resources left for the next generation,” said Phillip Edgar, newly retired fisheries manager for Ditidaht. “That’s what I was told to do.”

Ditidaht’s aquatic resources include salmon, groundfish, shellfish, pelagics and marine mammals, and the Nation’s fisheries department helps the community manage its resources for the benefit of future generations of Ditidaht.

Fisheries staff have been working with Uu-a-thluk technical staff to monitor and assess the Hobiton River sockeye salmon population since the mid-1990s, and have done the same for the Nitinat Lake crab fishery since 2005.

Uu-a-thluk last reported on the Hobiton sockeye population in 2009. At that time, the return of sockeye to Hobiton Creek (on the west side of Nitinat Lake) was the best Ditidaht had seen in four or five years, and allowed for the harvest of food fish for community members, as well as for scientific samples.

Fast forward ten years, and the same cannot be said for the population.

Lane added that the last couple of years have seen really low return rates for adult Hobiton sockeye (much like other sockeye populations on the west coast of Vancouver Island), although Ditidaht’s harvest management plan for Hobiton allows for some harvest at low run sizes (about 200 to 300 sockeye) for community use.

That level of harvest will not jeopardize the run, and it helps keep the community connected to their resources.

The long-term goal is to rebuild the Hobiton sockeye fishery to its past glory:  peak harvest for Ditidaht in the 1980s was between 20,000 to 30,000 pieces. Higher yields of sockeye could potentially open up an economic opportunity for the Nation.

Monitoring the population is a critical step in managing the fishery and attaining the long-term goal, and includes the annual installation and operation of the temporary fish fence and counting box in April each year.

Ditidaht fisheries staff perform regular checks of the equipment until the end of June to ensure it is functioning properly. They calibrate the counting box on a routine basis, and also keep a close eye on the fence to ensure it has not been degraded by harsh weather and debris, and by curious bears.

When they are not busy monitoring the Hobiton fence, staff are in a boat on Nitinat Lake, pulling up crab traps and assessing the catch as part of their effort to manage the crab fishery. Ditidaht’s team is small, but hardworking.

Crab monitoring has been taking place since approximately 2005, when Ditidaht fisheries staff approached Lane with concerns about a large portion of male crabs being pulled up with both claws missing.

At that time, there was a lack of knowledge on the dynamics of the crab fishery in ‘the narrows’ (the southwesterly portion of Nitinat Lake that tapers into the Pacific Ocean), and the idea of taking a closer look at the fishery through regular monitoring began to develop.

Fisheries staff collect catch data from their survey traps to assess the condition of the crabs (size, sex and shell condition), but also to be able to calculate the crab catch for the Nation’s fishermen. “It’s a very simple survey you can do a lot with,” mentioned Lane. The process Lane is referring to is called ‘reference fishing’ in fish management terms.

“Reference fishing is a monitoring tool that gives you a way of estimating catch for a fishery,” said Lane, explaining the scientific method being used by Ditidaht, and also by some European Union fisheries to monitor their commercial fisheries.

Based on the number and condition of crabs pulled up in the survey traps, staff can infer what the catch is for the rest of the traps fishing in the lake. The information assists in making management decisions for the fishery.

Almost fifteen years after beginning the monitoring, Ditidaht fisheries staff (in conjunction with Uu-a-thluk technical staff) have developed a data set that provides information for the calculation of the Nation’s crab catch, as well as a better understanding of the amount of recreational and commercial traps in Ditidaht’s waters.

With this information, and the information from the Hobiton fence, Ditidaht can manage their fisheries and fulfill the mandate the elders gave to Edgar.

“We’ve got to think about the next four generations,” said Edgar. “That’s been the whole goal since the early 90s.”