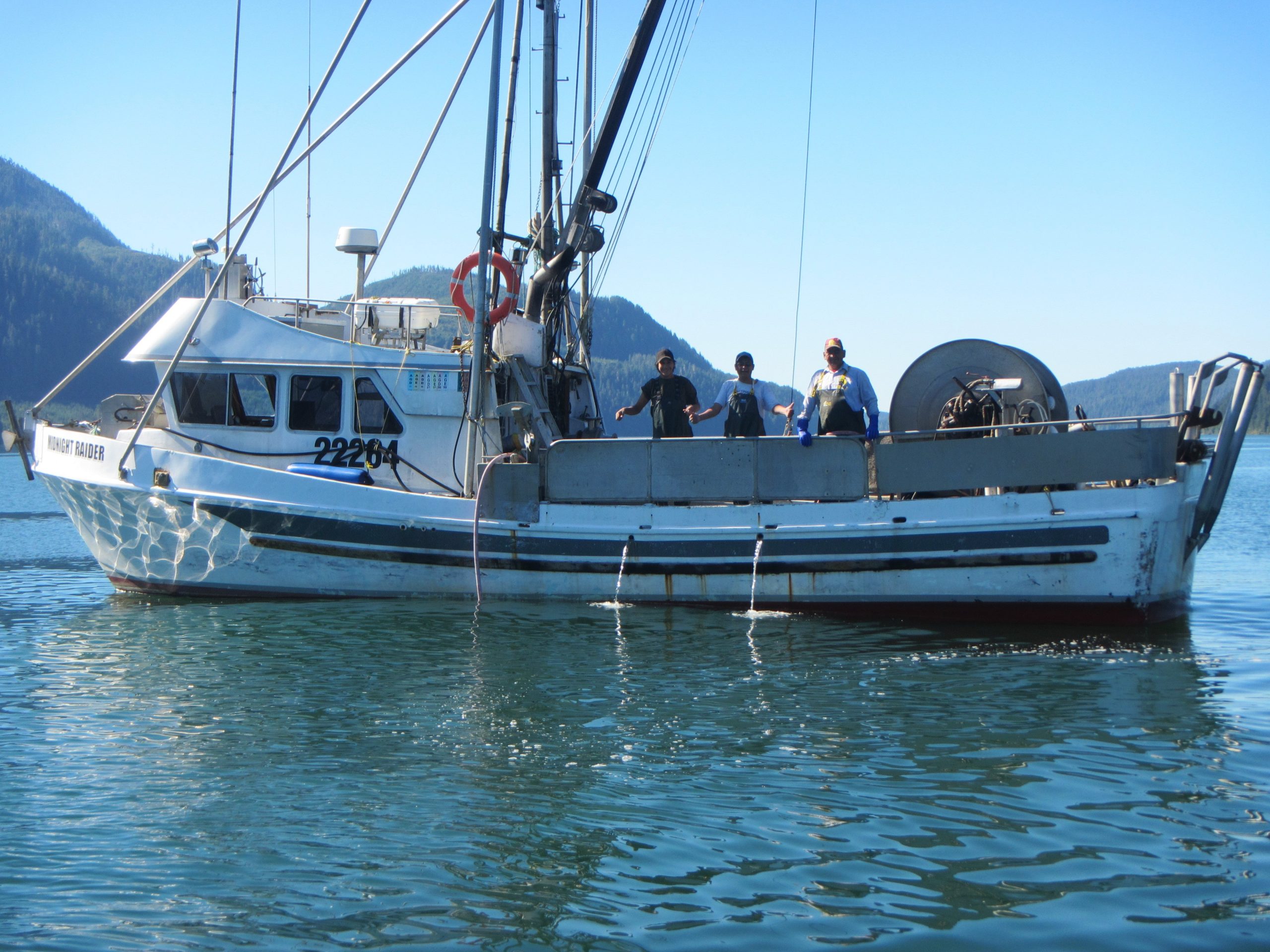 Anyone working in salmon fisheries management remembers 2019 as the year the bottom dropped out of Fraser sockeye. That’s the year the once-abundant river reached a historic low of 293,000 returning adults. To put things into perspective, Fraser sockeye averaged 9.8 million between 1980 and 2014.

While this year’s numbers are higher than 2019, there’s no question that Fraser sockeye, along with all BC salmon, are struggling. Pressures including overfishing, industrial development, logging and climate change have challenged salmon stocks and the communities depending on them.

In June of 2021, Canada’s fisheries minister announced widespread, long-term closures to BC’s commercial salmon fisheries. Nations have a constitutional aboriginal and treaty right priority after conservation, but what about when there aren’t enough fish to go around?

Draining more than 234,000 square kilometres by the time it reaches the Pacific, the Fraser River passes through the homelands of First Nations who have relied on its traditionally abundant fisheries since time immemorial.

Hatching in its many freshwater streams and lakes, Fraser sockeye are particularly important for indigenous communities, but they don’t just feed Nations living in the Fraser basin. Nations on the east and west coasts of Vancouver Island harvest Fraser sockeye for some of their food and economic needs as well. At different times, over 100 First Nations have relied on Fraser salmon to feed their communities.

Nuu-chah-nulth Nations have used both Fraser and their local sockeye populations. However, with the exception of the Somass, most sockeye on the West Coast of Vancouver Island have also experienced significant declines over the past few decades. With both local and Fraser sockeye too low to support even small food and ceremonial harvests, Nuu-chah-nulth Nations have had to find alternatives to feed their communities.

For the past few years, Ahousaht citizens have been hunting and targeting different fish species, including coho. “Coho isn’t really used for smoking or jarring, but now that’s become one of our main sources, because it still has the greatest abundance in our territory,” says Luke Swan, the Nation’s fisheries manager.

Farther south, Ditidaht First Nation meets the community’s needs by partnering with the Nitinat Hatchery to collect chum, Chinook and coho brood stock. The females go directly into a pickup truck where a water tank is ready to transport them to the hatchery. “Some of the surplus males go to members… they smoke the Chinooks first. We’re waiting for the chums now,” says Paul Sieber, one of the Nation’s councillors.

Last year, Ditidaht also provided community members with groundfish. “Due to COVID and shutdowns, some members went long-lining for halibut, yellow eye and ling cod,” Sieber says of 2020. “That was really labour intensive, but they got the halibut processed right here and zip-locked into five-pound bags.”

In Tla-o-qui-aht territory, the community is relying on coho as well. Previously, the Nation had agreements with others on the East Coast of Vancouver Island to catch Fraser sockeye. It has been over 25 years since Tla-o-qui-aht harvested sockeye from their own territory.

“With coho, we’re able to use our own fishers, so the money stays within the Nation,” says Andrew Jackson, Tla-o-qui-aht fisheries manager. “That being said, our members miss sockeye. Every year they ask if we’re going to get it, and I say, you know what, it’s not looking good.”

With an eye to the future, Nuu-chah-nulth Nations are carefully monitoring salmon stocks in their territories. After decades of government inaction, many are cautiously optimistic about a new program targeting BC salmon. The Pacific Salmon Strategy Initiative has dedicated $647 million to protect and rebuild salmon stocks. The Nations, however, aren’t waiting for government to act.

“We’re going to start the work now,” Swan says from Ahousaht, where the Nation has multiple restoration projects funded by alternative sources.

Ditidaht is also working proactively to rebuild salmon stocks by setting up a new office dedicated to marine and freshwater stewardship. “We’re looking to manage the whole of our watersheds,” Sieber says. “We’re not going to rely on the government to do that…as we build our program, we’re going to train our youth.”

Jackson notes that Chinook are a priority for Tla-o-qui-aht, and the Nation is working hard on their preservation in Clayoquot Sound. He would also like to see a hatchery program focused on preserving and restoring small systems. “The present hatchery techniques will never get us anywhere.”

With a focus on rebuilding salmon populations on the West Coast, Nuu-chah-nulth may once again rely more on their own salmon stocks for food. And that’s something everyone watching the Fraser should get behind.