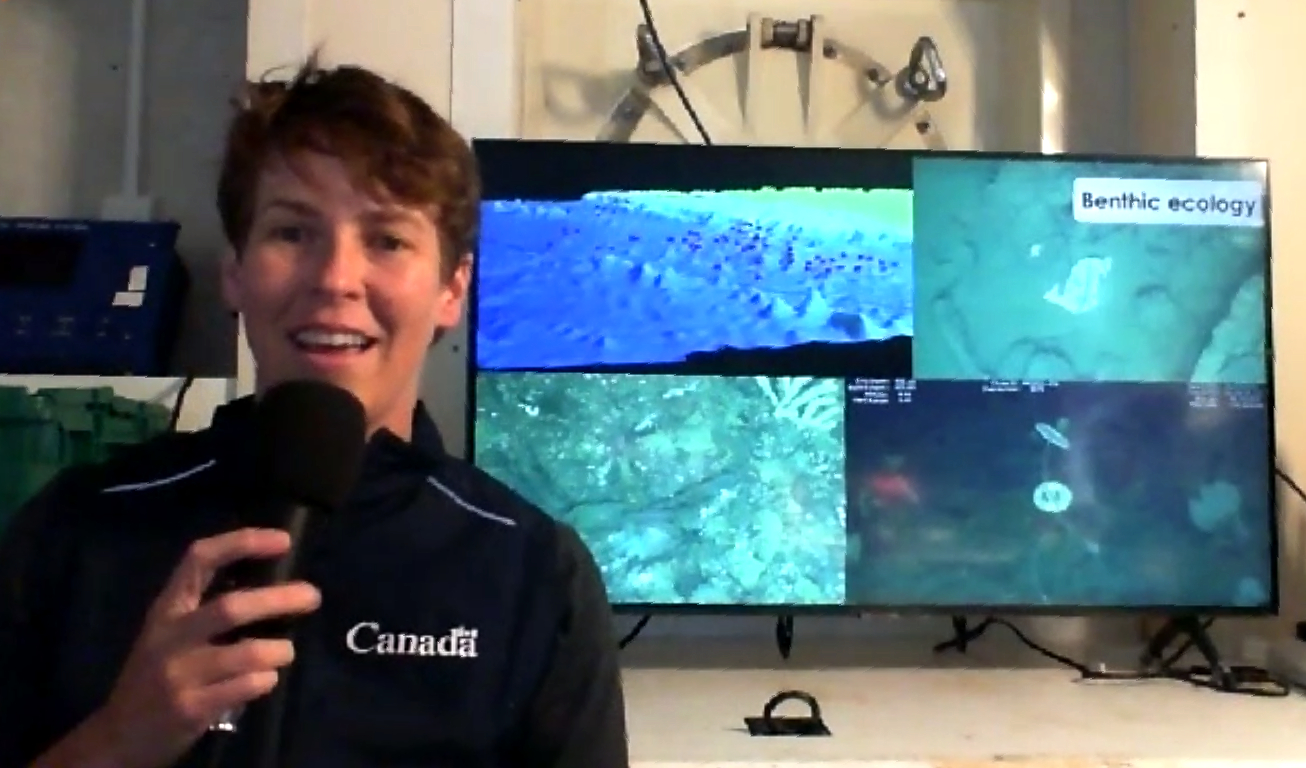 There may be newly-inspired, future marine biologists and fisheries managers in Nuu-chah-nulth communities thanks to the Pacific Seamounts Expedition 2021 school outreach events that took place on June 24.

“We were just so lucky to have the expedition take place at a time when the schools were still open; in past years, the expeditions took place during summer break,” said Alison Wale, Capacity Building Coordinator for Uu-a-thluk.

Two one-hour video outreach sessions were delivered to elementary, middle and high school students via Zoom. A third, more casual session dubbed the ‘seaside chat,’ was also offered to the general public in the evening.

A total of 155 youth and 13 educators from School Districts 70 and 84 participated in the events, including students from Kyuquot Elementary Secondary School in remote Kyuquot First Nation territory.

Pacific Seamounts Expeditions have been taking place every year since 2017, with the exception of summer 2020 which saw the expedition cancelled due to COVID-19.

During the expeditions, Fisheries and Oceans Canada (DFO), in partnership with the Canadian Coast Guard (CCG), Ocean Networks Canada, Council of the Haida Nation and the Nuu-chah-nulth Tribal Council (NTC) discovers, explores and maps British Columbia’s seamounts (underwater mountains) and the marine life living in and around them using a submersible camera named BOOTS.

In 2017, 18 seamounts were discovered, and this year, by mid-expedition, the number had risen to 62.
Data collected are used to inform future protection measures for species living in the proposed Marine Protected Areas that the CCG vessel John P. Tully travels 150 kilometres to 350 kilometres offshore for researchers to explore.

Highlights from past expeditions include the discovery of a dense ecosystem of a newly identified glass sponge species that scientists named ‘Spongetopia,’ as well as a rare sighting of a salmon shark (at the ocean surface) scratching itself against a barnacle-encrusted log to rid itself of parasites attached to its fins.

This year, researchers discovered what is believed to be a nursery ground for deep sea skates at the top of a seamount, as well as a whale fall (a deceased whale at the bottom of the ocean). They also experienced another rare sighting like they did in 2019.

While descending, BOOTS captured footage of a ghost jellyfish, a species that has only been witnessed by science groups eight times in 30 years.

“The teachers were thrilled about the fact that the scientists on board the vessel were able to answer the kids’ questions in real time,” Wale said.

To prepare for the outreach events, teachers were sent fun and educational pre-learning lessons for their students, and were asked to submit any preliminary questions for the panel of hosts. The remaining questions posed during the events (and there were plenty!) came in live via Zoom’s Q&A feature.

“What is the most interesting thing you have done or seen while you have been out at sea?”
“How long can BOOTS stay underwater?”
“What is your favourite part about your job?”

The third question elicited a candid response from DFO’s Du Preez that is sure to have a lasting impact on the youth who were listening.

The Pacific Seamounts Expedition 2021 school outreach events are available for viewing on YouTube at:

PrevPreviousWhen you love your job, it doesn’t feel like work: Roger Dunlop wraps up 28 years with NTC Fisheries
NextBuilding capacity in Nuu-chah-nulth communities one training course at a timeNext