Protecting Salmon Watersheds through Nuu-chah-nulth Laws: An overview and update on the progress of the Salmon Parks Project 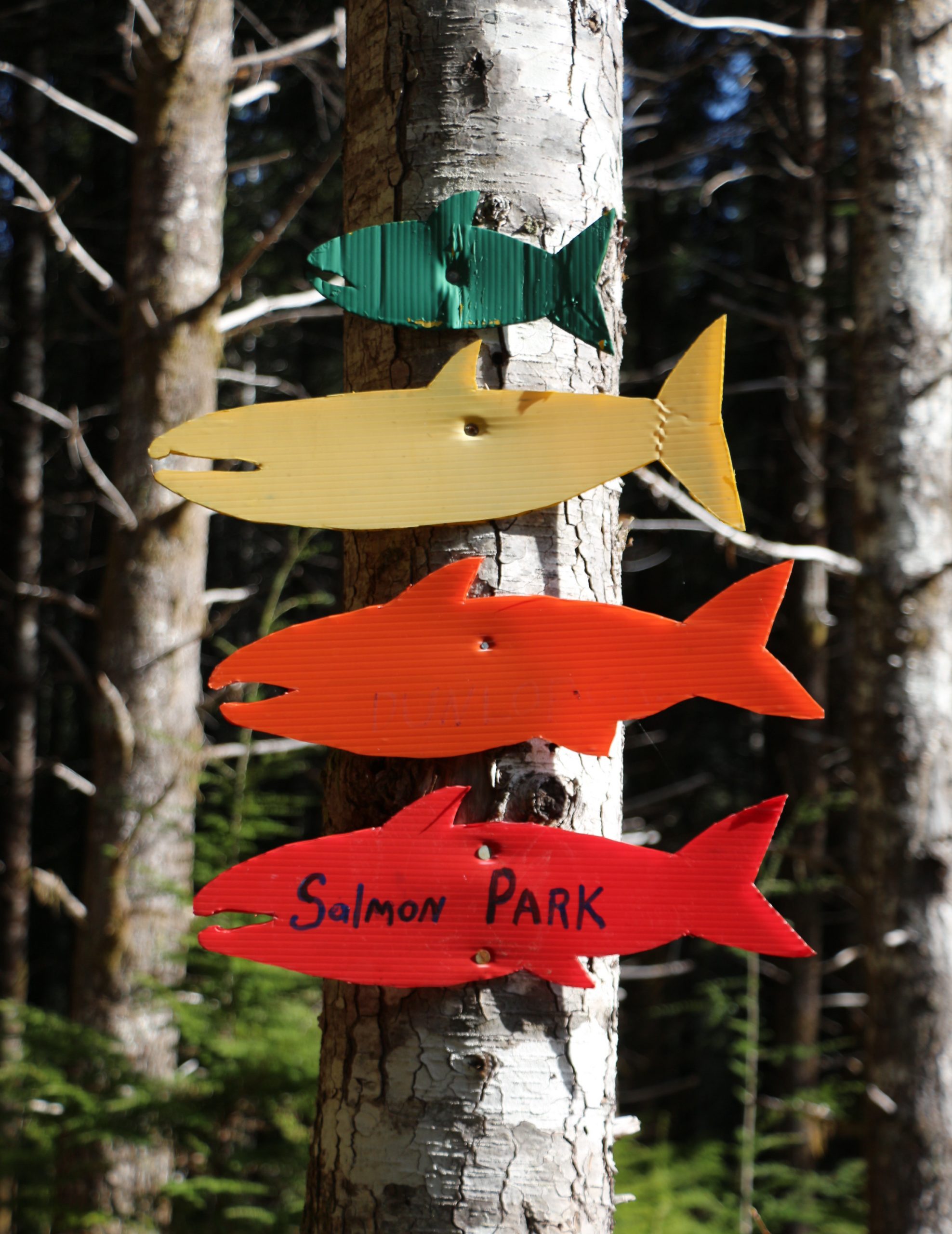 In a letter of support written to Environment and Climate change Canada in 2019, Chief Walter Michael, Tyee Ha’wilth, Nuchahtlaht Tribe, writes “With our partners, we intend to lead the way so other First Nations can pursue similar conservation efforts in their ?a?ahuu?i (ha-hahoolthee) that, in the end will no doubt also benefit all Canadians”. So how will nations be leading the way in conservation efforts? What Chief Michael is referring to in this letter is the concept of Salmon Parks. If you are unfamiliar with this project, it is an Indigenous led project initiated by the muwa??at? (Mowachaht/Muchalaht) and Nuchatlaht First Nations to protect key salmon watersheds and habitat to secure a healthy future for salmon for everyone
by managing the ?a?ahuu?i of the Ha’wiih in a sustainable way, consistent with Nuu-chah-nulth knowledge, values and
guiding principles:

The main objectives of the Salmon Parks project are:

• To protect the watersheds from further disturbance,
• Facilitate natural watershed recovery processes and,
• Secure the establishment of Salmon Parks as a matter of Nuu-chah-nulth law with recognition by federal and provincial governments.

The project is rooted in Nuu-chah-nulth law to advance reconciliation and the implementation of UNDRIP and DRIPA. While Salmon Parks is technically a standalone project, it is important to acknowledge that it is intrinsically interconnected with a broader Uu-a-thluk initiative, the Salmon Laws Project. The Salmon Laws project involving Ahousaht, Ehattesaht, Hesquiaht,
Mowachaht, Nuchahtlaht and Tla-o-qui-aht is intended to reinvigorate traditional fisheries laws into a modern format that conveys the Ha’wiih and muschim (community) vision for the management of fisheries. The focus is on gathering knowledge of traditional laws and practices that convey Nuu-chah-nulth Nations’ vision, values, parameters and rules for the management of fisheries. It will provide the foundation for the establishment of Salmon Parks in the ?a?ahuu?i of the Nuchatlaht, muwa??at?/
Muchalaht Ha’wiih by developing and advancing an Indigenous law rationale for the protection of salmon.

The Salmon Parks Planning team have been working hard to advance the development of the Salmon Park. It is a complex and dynamic project with many moving pieces. It is now several years into the project from its initial conception and while the expectation might have been to be at a more advanced stage in its development, the project has faced various challenges
since 2020 from Covid to staff capacity.

Despite these challenges, progress on the establishment of Salmon Parks has been slowly but steadily moving forward. Important foundational work has been completed, from obtaining the approval of nations leadership to high level strategic planning, and word of this innovative project has spread.

Salmon Parks is an important and exciting and project that has garnered the attention of large environmental NGO’s to
internationally known film producers. In 2021, Vancouver-based award-winning film producer Carter Kirilenko, in partnership with Culture Days, Canadian Parks and Wilderness Society – BC, and Uu-a-thluk, produced a Salmon Parks documentary. The intent of the film was, in part, to:

The Salmon Parks project team worked closely with CPAWSBC and Carter to develop a promotions and film release plan in addition to participating on Q & A panels. In addition to the promotions and film release, this work also included
the development of a Salmon Parks Website that provides information on Salmon parks, how individuals can get involved
in the project and also serves as a space to host the film. You can find the website at www.salmon parks.ca.