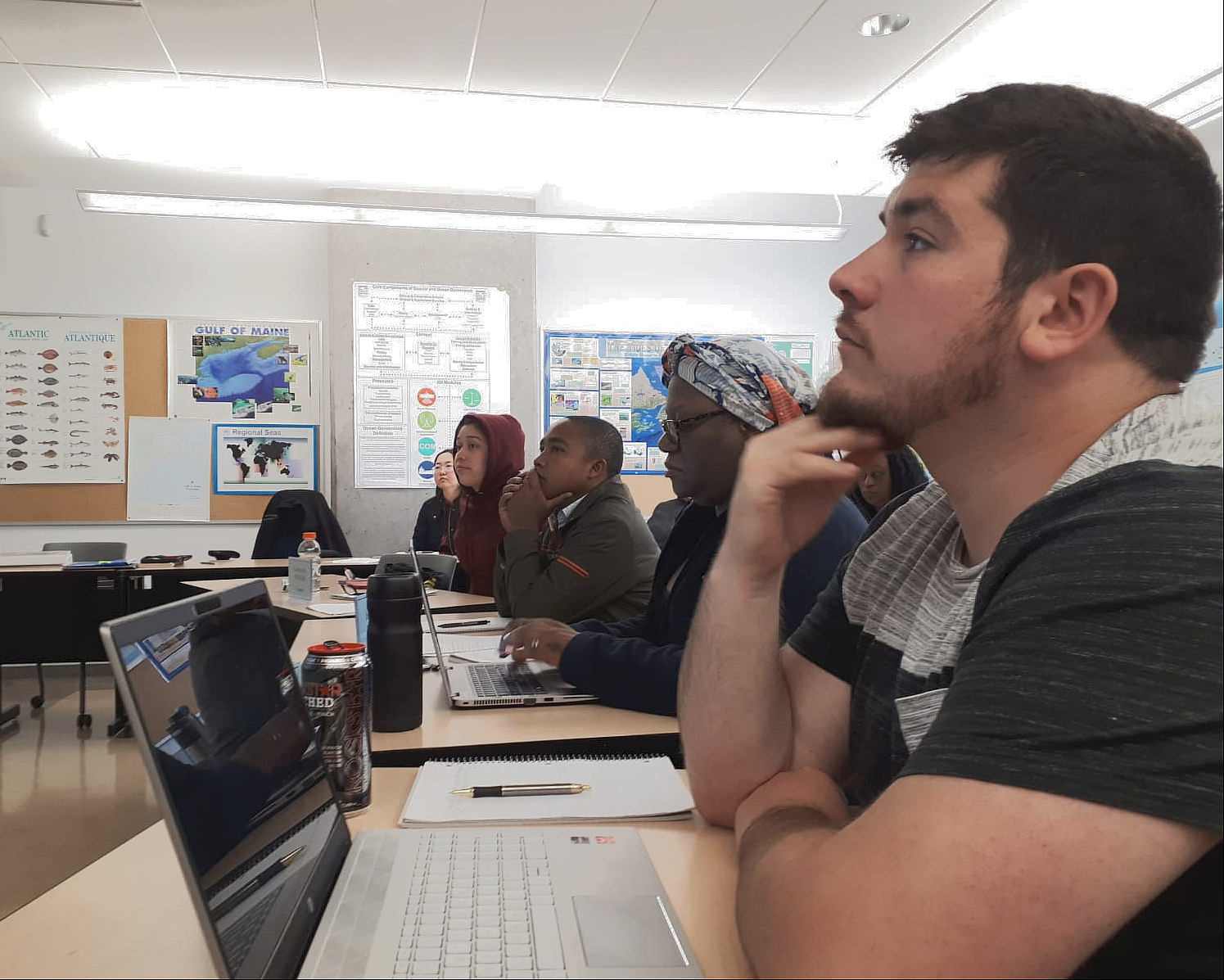 Approximately two months, 9000 kilometres and 100 lectures later, Kadin Snook, Fisheries Manager for Mowachaht/Muchalaht First Nation (MMFN), is now versed in the law of the sea thanks to a scholarship provided by Fisheries and Oceans Canada (DFO).

Capacity building is one of Uu-a-thluk’s three areas of focus. When staff members were notified in March of a scholarship opportunity for the International Ocean Institutes’ (IOI) International Ocean Governance, Policy, Law, and Management Training Program at Dalhousie University from May 22 – July 19, they immediately circulated the message to Nuu-chah-nulth First Nations members.

Snook, who already knew about the opportunity through a chance encounter with an alumnus of the program, applied for and received one of the five DFO-funded scholarships. He was one of four Indigenous participants who applied; the fifth scholarship was received by a DFO-selected candidate.

Snook would like to see the scholarships become a consistent opportunity for Indigenous Peoples, as would Michael Butler, Director of IOI-Canada.

“I’ve been chasing after a longer-term agreement from DFO rather than each year dealing with year-end money,” said Butler in a telephone interview.

Butler was referring to the fact that while IOI-Canada has received scholarship money from DFO for two years in a row, it is not a guaranteed funding stream and provides little time for securing candidates.

The IOI is a world leading independent, non-profit and non-governmental organization that conducts training and capacity building in ocean governance globally. Founded by Elisabeth Mann Borgese (known worldwide as ‘The Mother of the Oceans’) and headquartered in Malta since 1972, the IOI offers training programs in five countries in addition to Canada: Brazil, China, Malta, South Africa and Thailand.

According to their website, the IOI “… aims to train young and mid-career practitioners in contemporary approaches to coastal and ocean management, with an emphasis on the moral, ethical and legal values in Ocean Governance (equity and peaceful uses of the ocean).”

The IOI-Canada training program boasts 750 alumni from over 100 countries and will be celebrating its fortieth program next year. Located in Halifax, Nova Scotia, the institute is surrounded by five universities and has access to over 100 lecturers who volunteer their time in memory of esteemed founder Borgese.

There are currently ten modules within the two-month program that include Law of the Sea and Principled Ocean Governance, Marine Transportation and Fisheries and Aquaculture.

“The UNCLOS [United Nations Convention on the Law of the Sea] was really fascinating to me because I haven’t dealt with any of that before,” said Snook when asked if there were any particular aspects of the program that stood out for him.

“It was interesting to see what implications it [UNCLOS] has in fisheries management,” he added.

The training program consists of a variety of learning methods including lectures, discussions, field trips and participant presentations. While he has a diverse interest in learning styles, Snook found the discussions he had with fellow classmates to be the most valuable of them all.

He connected deeply with the four other Indigenous students in the program and says he cherishes the meaningful conversations they shared about their experiences as Indigenous Peoples from the east and west coasts of Canada.

Snook intends to keep in close contact with them, as well as with other participants and course administrators.

When asked if he saw value in his experience at the IOI, Snook did not hesitate to say yes and that he would recommend the training program to Nuu-chah-nulth Ha’wiih (hereditary chiefs), those working in fisheries, lands and economic development and as political figures.

When he weighed the challenges of leaving his family and full-time post as MMFN Fisheries Manager for two months against the education he has gained, Snook says he has no regrets.

He believes it is crucial for Indigenous Peoples to participate in programs like the IOI’s, and would specifically like to see younger participants encouraged to enrol.

“For young people that need to be influenced into becoming strong leaders, you know what I would say – it’s like investing money into a retirement fund – better to start younger,” remarked Snook.

For more information on IOI-Canada, visit http://internationaloceaninstitute.dal.ca/index.html. To access IOI-Canada’s open-source collection of 80 essays on the future of ocean governance and capacity development, visit https://brill.com/view/title/36420?format=HC.