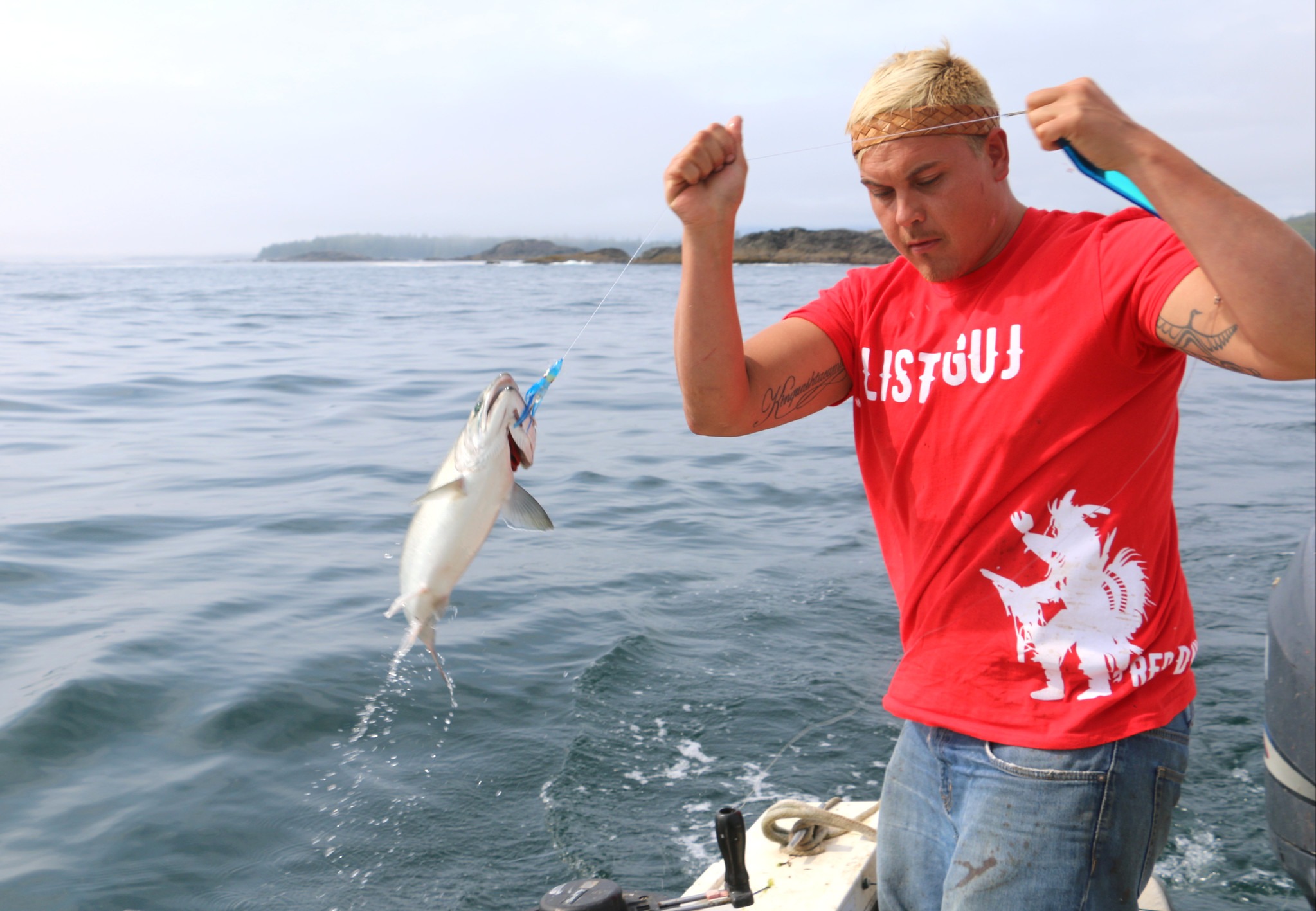 T’aaq-wiihak and Uu-a-thluk, on behalf of the Nuu-chah-nulth Nations, are working with members of the recreational fishing sector to expand the collection of Clayoquot Sound suuhaa (Chinook salmon) biosamples at Wilf Rock.

The DNA samples are being collected as part of a four-year project funded by the Pacific Salmon Commission aimed at improving west coast Vancouver Island (WCVI) suuhaa stock and fishery assessments.

The project is in its fourth and final year, and has relied on the collection of suuhaa biosamples by recreational, commercial and First Nations fishers as suuhaa migrate down the WCVI coast.

One of the locations where sampling has been taking place is Wilf Rock, located approximately three nautical miles west of Tofino, where recreational fishers have been collecting samples on a volunteer basis.

“They got maybe 30 samples per year from Wilf Rock and that’s not enough, so we said in this fourth year, let’s do a directed sampling program,” explained Picco.

Picco is referring to the suggestion that came out of the Clayoquot Sound Salmon Roundtable that T’aaq-wiihak and Uu-a-thluk technical staff participate in biosample collection along with the volunteer recreational fishers.

Recreational fisher and founder of the Coastal Restoration Society & Clayoquot CleanUp Captain Josh Temple has put in hours as a project volunteer and agrees with the sentiment.

“The more data that one has to work with, the more accurate and comprehensive the results. While there has been a significant effort on behalf of both First Nations and non-Indigenous fishers in our region to obtain DNA samples, we will all certainly benefit from more data,” said Temple in an email.

In an effort to meet the goal of collecting 100 samples, Picco aims to have somebody (either Nuu-chah-nulth or a recreational fisher) sampling at Wilf Rock at least three days per week. Reports so far have indicated that the fishing is poor, and that it may be a challenge to reach that number.

“If you’re in there three days a week and you can only get 100 fish, that’s data too,” added Picco. “It’s also good information.”

Picco pointed out that so far in all of the biosampling work in the Chinook conservation corridor the Clayoquot Sound suuhaa are not showing up. She also noted that the data being collected by T’aaq-wiihak and Uu-a-thluk is not different from the other data, rather it adds to the existing sampling effort to improve the precision of the results.

Data from the various locations collected over the four years will be pooled to create as large a sample size as possible and then interpreted for the purpose of informing fisheries management decisions.

It is not just the sampling effort that is being built up by having Nuu-chah-nulth representatives participate in suuhaa sampling, especially at Wilf Rock.

“I believe this sampling project is a good way to build the relationship between Nuu-chah-nulth and public fishers and managers and help inform decisions that balance conservation with access,” said Lochie MacKenzie, a recreational fisheries representative based in Tofino who has been collecting samples in addition to Temple.

As MacKenzie suggests, the three groups (Nuu-chah-nulth, recreational fishers and DFO) have worked together and each made financial contributions to make the collaborative sampling at Wilf Rock possible.

T’aaq-wiihak and Uu-a-thluk have contributed in-kind value via time donated by technical staff, including on-the-water sampling, recreational fishers have contributed their time as well as boat fuel and DFO will be covering the costs of biosample processing.

According to Picco, sampling at Wilf Rock will continue until the end of August.