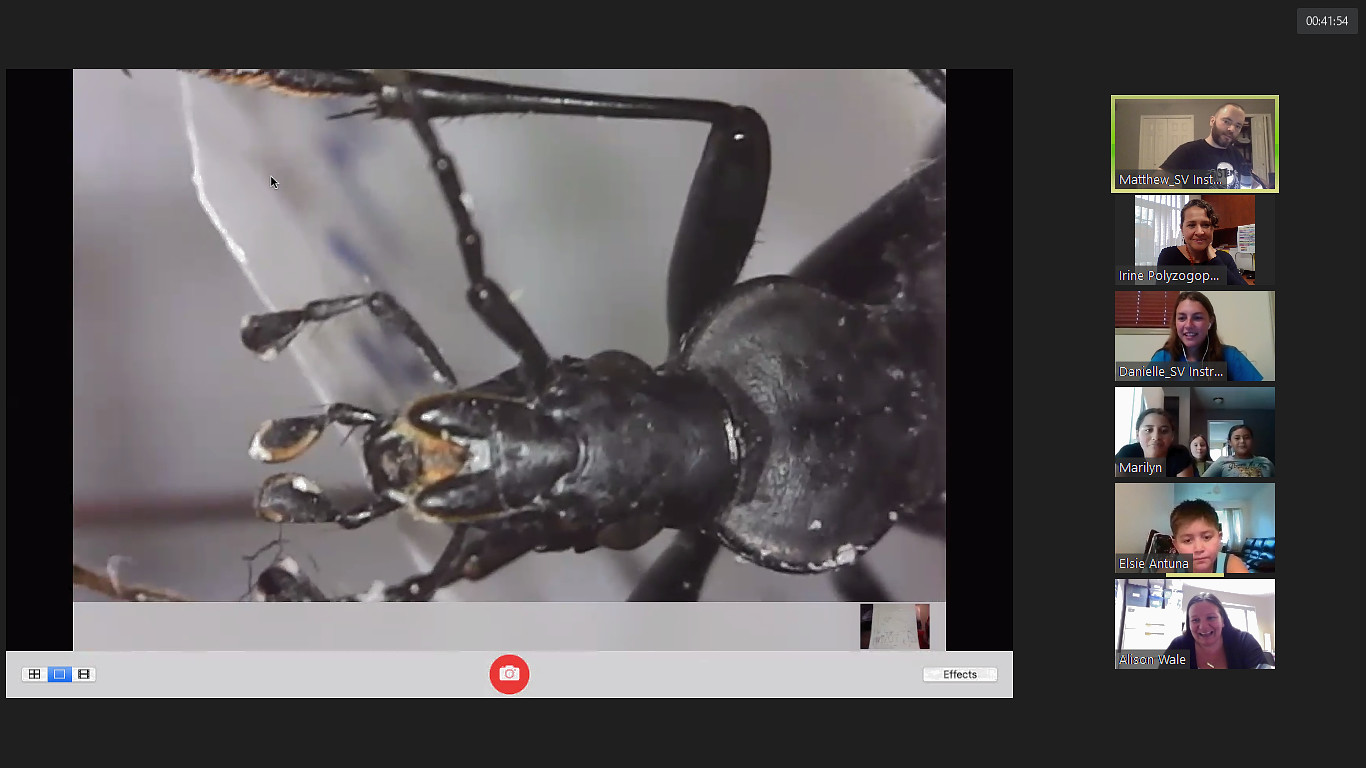 “The heaviness will make the water go up because there’s not going to be enough room!”

On a sunny mid-August afternoon, Sadie from Tseshaht First Nation is formulating a scientific hypothesis while she learns about buoyancy and the displacement of liquid, all through a computer screen.

Seven-year-old Sadie is one of a small group of Nuu-chah-nulth children and youth who took part in this year’s first-ever online Uu-a-thluk summer science camps, prompted by Covid-19 social distancing requirements.

The annual camps, now in their fifteenth year, are delivered in collaboration with esteemed partners Science Venture (University of Victoria) and individual Nuu-chah-nulth Nations. Camps are aimed at helping children realize that science is an interesting area of study that they have the ability to participate in, and hopefully turn into a career one day.

“We started meeting in May, to get ideas going on how we could make it work – we weren’t even sure how we would be delivering anything,” said Alison Wale, Capacity Building Coordinator for Uu-a-thluk.

Wale, who joined Uu-a-thluk in April, was new to coordinating the camps, and was faced with the additional challenges of piquing community members’ interest in the new format (and working with them to ensure they could access the camps through a virtual platform).

In total, four Nuu-chah-nulth Nations (Yuu?u?i??at?, Uchucklesaht, Ditidaht and Hesquiaht) enrolled in the week-long science camps; two of those camps were opened up to any Nuu-chah-nulth child or youth who wanted to participate, due to smaller group sizes.

“It’s been very challenging to adapt to online programming, but we feel it is important to ensure that youth continue to have engaging experiences with STEM [science, technology, engineering and math],” said Matthew Stewart, Science Venture Instructor.

Stewart delivered an in-person camp with Ahousaht First Nation at Maaqtusiis Elementary School in October 2019, and was committed to the idea of making the 2020 camps memorable despite the format change.

Broadcasting live from their homes via Zoom conferencing, Stewart and his colleague Danielle Hanke led the campers through one-hour lessons and demonstrations that were tailored to incorporate aspects of Nuu-chah-nulth coastal life.

Stewart and Hanke made messes as the they undertook experiments that investigated concepts like soil erosion and root development, and wowed campers by connecting them to a microscope digitally for magnified insect viewing.

According to Wale, the children seemed to engage more deeply with elements they had previous experience with.

“They liked the activities that were a little more applicable to the real world for them … when they were making boats out of water bottles to see how things propel, and when they learned about whale blubber, as many of them have seen whales,” observed Wale.

Campers were provided with instructions to try each day’s experiments at home (under the supervision of their parents), as a way of building on the knowledge they had gained in a fun, hands-on manner.

Unlike past Uu-a-thluk science camps, this year’s participants were not able to take part in field trips focused on Nuu-chah-nulth traditional knowledge due to the online format of the camps.

While Stewart regrets not having much face-to-face contact with elders and knowledge-holders throughout the camps due to the pandemic, he did his best to create space for valuable input during the video conferences.

“I encourage any educators, parents or coordinators that are present to contribute during the sessions if they feel a connection to the material being discussed and explored,” remarked Stewart.

As Science Venture and Uu-a-thluk look ahead to 2021, and wonder what camps might look like in one year, Wale remains hopeful that more Nuu-chah-nulth content can be rolled in to the online programming.

“If this is the new norm, and we all have to adapt to this being a more permanent situation … if band offices open up completely or Nations have their recreation staff back, we can definitely add more to the cultural component of the camps,” said Wale.

Things are looking up for the remainder of 2020 – Science Venture has received funding that will allow them to deliver school programs beginning October, through to the first week of December.

Any Nuu-chah-nulth Nations interested in enrolling in the school program should contact Wale at alison.wale @nuuchahnulth.org, or 250-724-5757.

Thank you to the Nuu-chah-nulth Nation community members who stepped up to assist in the planning of camps during a challenging time, and to our valued partner Science Venture.