When you love your job, it doesn’t feel like work: Roger Dunlop wraps up 28 years with NTC Fisheries 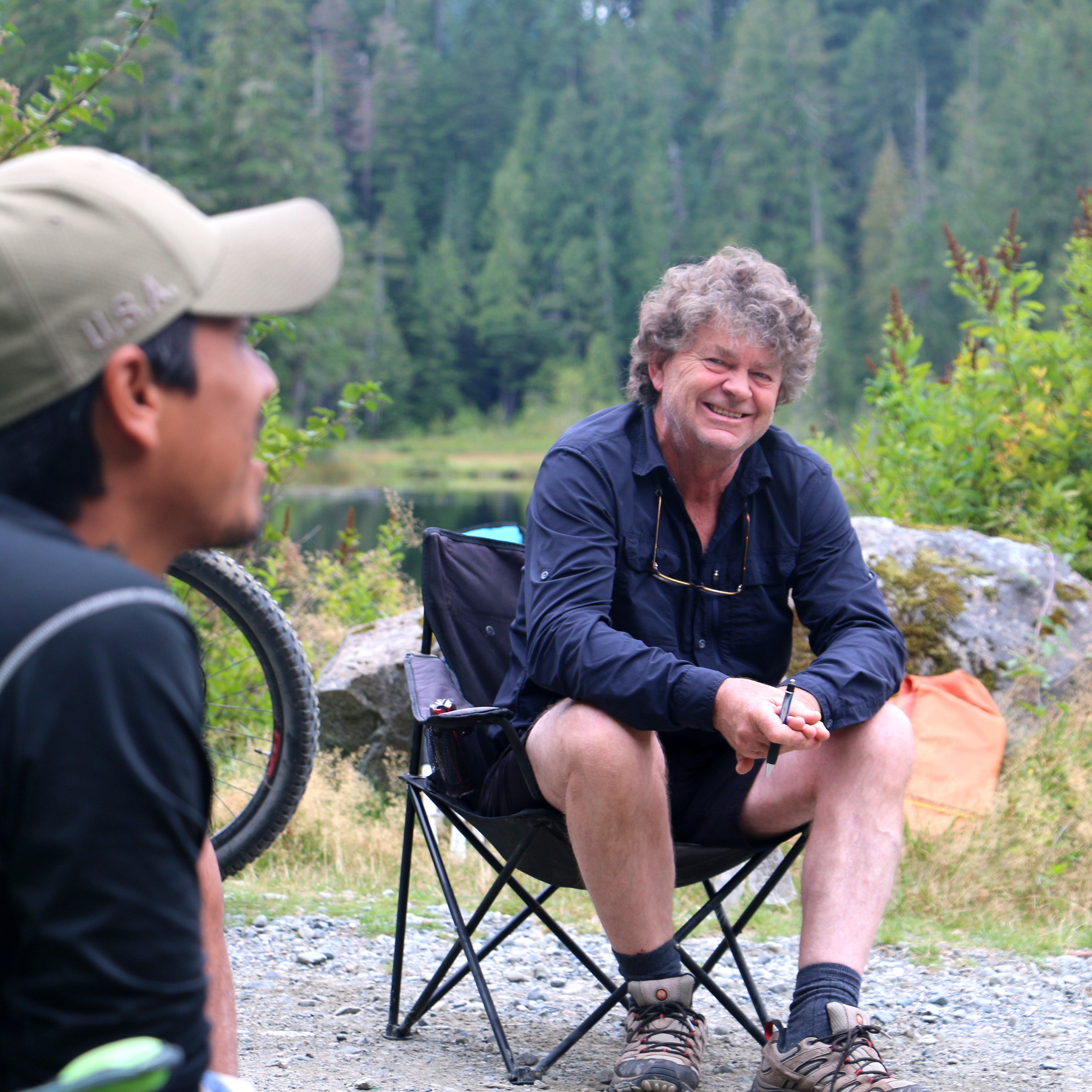 Like the spawning salmon he has worked tirelessly to protect, Roger Dunlop, Uu-a-thluk Northern Region Fisheries Biologist, is as persistent a scientist as they come. Living and working in the Nuu-chah-nulth Northern Region for roughly three decades, Dunlop has become a part of the communities’ fabric, and his contributions to Nuu-chah-nulth Nations will be remembered for many years following the end of his long career with Uu-a-thluk fisheries this month.

After a brief stint in the Alberta oil patch (an experience that did not align with his values), Dunlop earned his B.Sc. from the University of Victoria with a focus on marine biology and oceanography in 1989, and joined the NTC a few years later.

“It was June 6, 1993,” said Dunlop, proudly recalling the exact day he became an employee of the Tribal Council. Humble beginnings saw Dunlop working out of a trailer at the boat launch in Tsaxana, which was situated near a pulp mill at the time. The smells and sounds of the mill were not enough to deter Dunlop from working steadily on habitat restoration and Chinook escapement assessments, causes he is still dedicated to 28 years later.

“His ability to be innovative – to look at things, figure things out and design programs – and to keep plugging away at it … is admirable,” said Jim Lane, Uu-a-thluk Deputy Program Manager.

A prime example of Dunlop’s innovation is his multi-year research project on the Matchlii (Burman) River.

“[The project] challenged common assumptions and developed new methods for estimating the returning population of spawning salmon,” noted Don Hall, retired Uu-a-thluk Program Manager, who worked with Dunlop for the entirety of his career with Uu-a-thluk.

Dunlop’s ‘hydrology method’ explorations, which have been backed by Pacific Salmon Commission (PSC) funding over the years, have expanded into the Conuma and Tranquil Rivers and have provided valuable capacity building opportunities for local Nuu-chah-nulth-aht.

In addition to groundbreaking salmon escapement research, Dunlop has specialized in sea otter and clam fishery management in Nuu-chah-nulth Ha-ha-houlthee (chiefly territories), sea lice research and PSC management and negotiation processes. His Salmon Parks concept is currently in an information collection stage as it focuses on the documentation of Nuu-chah-nulth Salmon Laws.

No matter what work Dunlop undertakes, he approaches it with the utmost zest.

“Roger immerses himself in whatever he takes on, with an incredible thirst for knowledge,” added Hall.

This passion has permeated the relationships Dunlop has built with Nuu-chah-nulth Ha’wiih (hereditary chiefs) and muschim (community members), his desire to learn about Nuu-chah-nulth history and his commitment to uphold Nuu-chah-nulth values.

“I always admired Roger because he never forgot to take direction from the Ha’wiih; it was always his driving force,” said hismamin nu?, Archie Little, Councillor for Nuchatlaht First Nation.

Years ago, Dunlop’s dedication to the Nations was recognized by the Ha’wiih who presented him with the Nuu-chah-nulth name uupihaa, meaning ‘person who helps a lot.’

The naming took place at a ceremony in Yuquot in front of Dunlop’s family and the local community, and was both a surprise and relief to Dunlop who jokingly recalls feeling nervous about the unknown reason for the gathering. His feelings of surprise quickly turned to gratitude when he realized what was happening.

While being the recipient of a Nuu-chah-nulth name was a high honour for Dunlop, the opportunity to contribute to and witness capacity building in Nuu-chah-nulth communities has been the ultimate reward during his time with Uu-a-thluk.

“One of my favourite moments ever was to go down to the dock after all that work we did on Chinook to try to establish a fishery … to see all the Mowachaht people down there, sitting around with their totes of fish, waiting for the buyer … selling their fish … and then knowing everybody’s got a little bit of cash … that was probably the most emotional for me,” said Dunlop.

His relationship to the Mowachaht/Muchalaht First Nations will enter a new epoch next month when he joins the nation’s natural resources team.

As Dunlop prepares to leave his position with Uu-a-thluk, his thoughts turn to the future, and the future of his three children, one of whom has followed in his footsteps with her career choice.

Dunlop’s youngest child, Jill Dunlop, is set to graduate with a B.Sc. in Biology from Vancouver Island University, and he is hoping to help her gain work experience on some of the initiatives he has developed.

As a closing thought, Dunlop poses a question that exemplifies how perfectly selected his Nuu-chah-nulth name was: “Maybe she can become a regional biologist … wouldn’t that be cool, having a second generation serving the chiefs?”