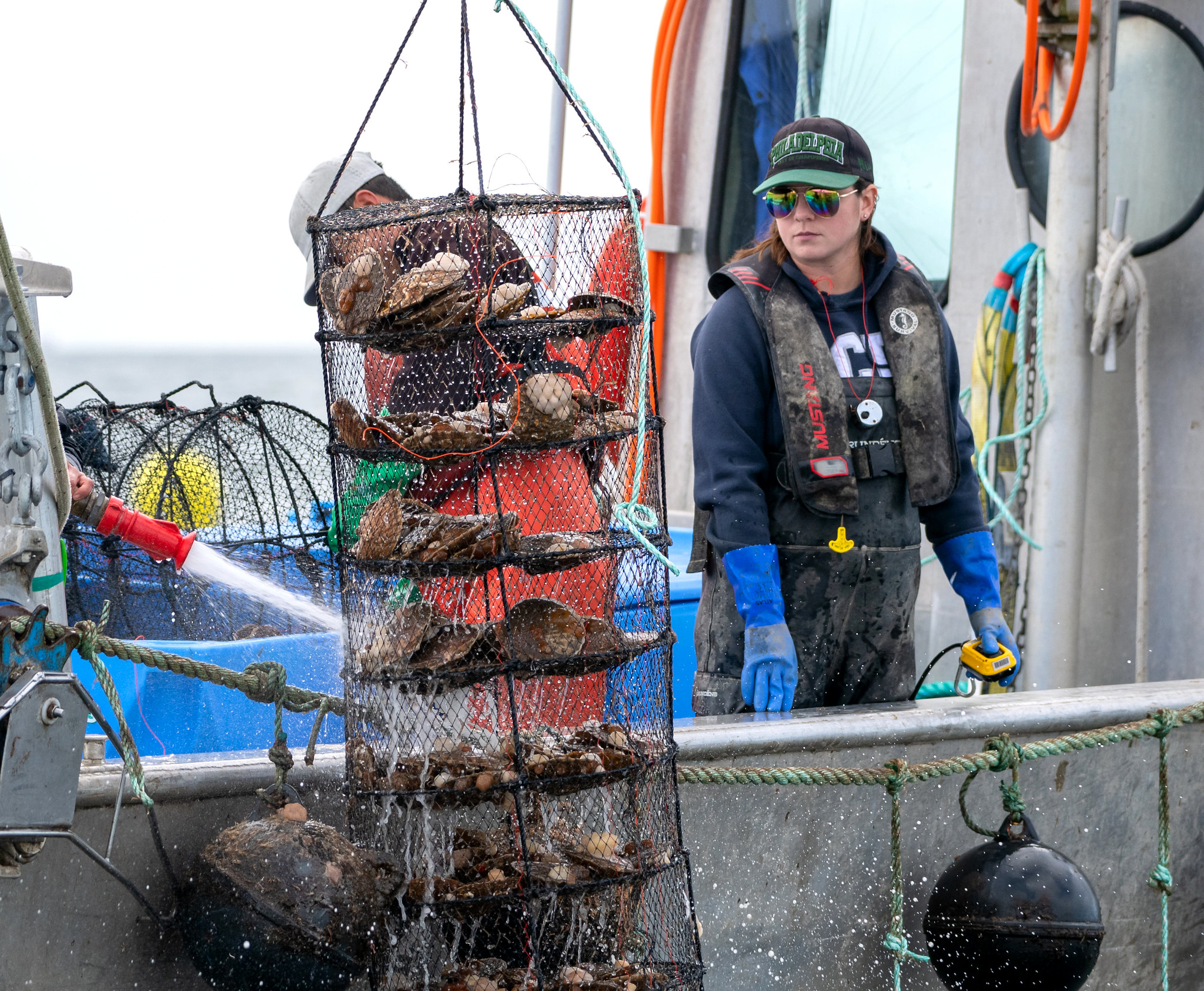 If you had to choose one word to describe Uu-a-thluk’s new Northern Region Biologist, resilient would be a good choice.

Like the salmon she has studied and monitored, Dani Robertson has pushed upstream against life’s challenging moments, and the experiences have led her to a new chapter in her life that includes the Nuu-chah-nulth First Nations.

Robertson has called coastal British Columbia home since 2008.  She describes feeling the pull to the coast since she was a child.

“We first came to the coast when I was 12 and I remember seeing the ocean for the first time and that was it for me; I started making my life about that” she said over the phone from her Campbell River home.

Like many people, Robertson worked a job that was not in her area of interest when she first moved to Vancouver, which led to her seeking out a volunteer opportunity at the Vancouver Aquarium to feed her passion for the ocean and its creatures.

She worked as a beluga observer, monitoring a pregnant beluga that required 24-hour surveillance leading up to her delivery. Robertson also cared for baby seals at the aquarium’s Marine Mammal Rescue Centre.

It was the happiness she felt during that experience that inspired Robertson to pursue a degree in marine biology, a decision that would take her roughly 13,000 kilometres away to Australia’s Southern Cross University.

Robertson learned to scuba dive in Australia and describes the three years she spent there with obvious fondness.

“I lived pretty much a block away from the beach and was diving a whole bunch and studying coral and oh my God, it was unreal,” she recalled.

When Robertson returned to the BC coast, she was accepted into the Canadian Coast Guard’s Public Safety Diver and Deckhand training, a gruelling experience that contrasted the idyllic coral-covered diving she reminisced about in Australia.

Trainees were expected to tread water for long periods of time, often holding weights, and sometimes with masks full of water. Physical training included the maximum number of sit-ups a person could do, along with chin-ups and five-kilometre runs.

Testing trainees’ thresholds was the name of the game.

“The base was right on the Fraser River, and we’d be down there for hours, in pitch dark, with the current ripping. You cannot see anything, and you’re doing drills, search patterns, and then once you’re down there for awhile, they’ll throw you a piece of rope and say, ‘Ok, you need to tie 15 knots in 15 minutes,’ but you can’t even feel your hands,” said Robertson.

After pushing her limits for three months, Robertson was forced to resign from the four-month training course due to a physical injury. As difficult as that was, she had been accepted into Vancouver Island University’s Fisheries and Aquaculture Technology Diploma Program and was optimistic about the opportunities the diploma would bring.

And bring, it did. Robertson landed a role with Coastal Shellfish LLP, a Metlakatla-run scallop farm in Prince Rupert. During her three-year tenure with the organization, Robertson went from being a biological technician to a nursery site production manager, a change that brought an increase in both responsibilities and personal growth.

Robertson was tasked with managing a scallop farm site and crew; she ensured a team of six were safe while she operated the 40’ herring punt and oversaw operations, a learning curve she describes as significant.

“When you’re managing other people, it becomes managing yourself,” she said.

In her downtime, Robertson puts the skills she has gained to the test through her passion for sailing. She and her partner own a 1970s 30-foot Newport sailboat named “Four Winds” they have sailed along much of the BC coast.

“We’ve broken down so many times, and it’s a test of our relationship,” joked Robertson.

She recalls a particularly harrowing memory of the Four Winds accelerating forward instead of in reverse due to a transmission failure – and the feeling of dread as the vessel neared her in-laws’ docked boat – but concludes the story with a laugh and the reassurance that her and her partner’s perseverance saved them from disaster.

Robertson is excited for what lies ahead through her fisheries biology work with Uu-a-thluk; she was drawn to the role for many of the same reasons that drew her to the job in Prince Rupert.

“…Working with First Nations, trying to bring the economy back to the sea and to aquatic resources, and trying to help a community thrive.”