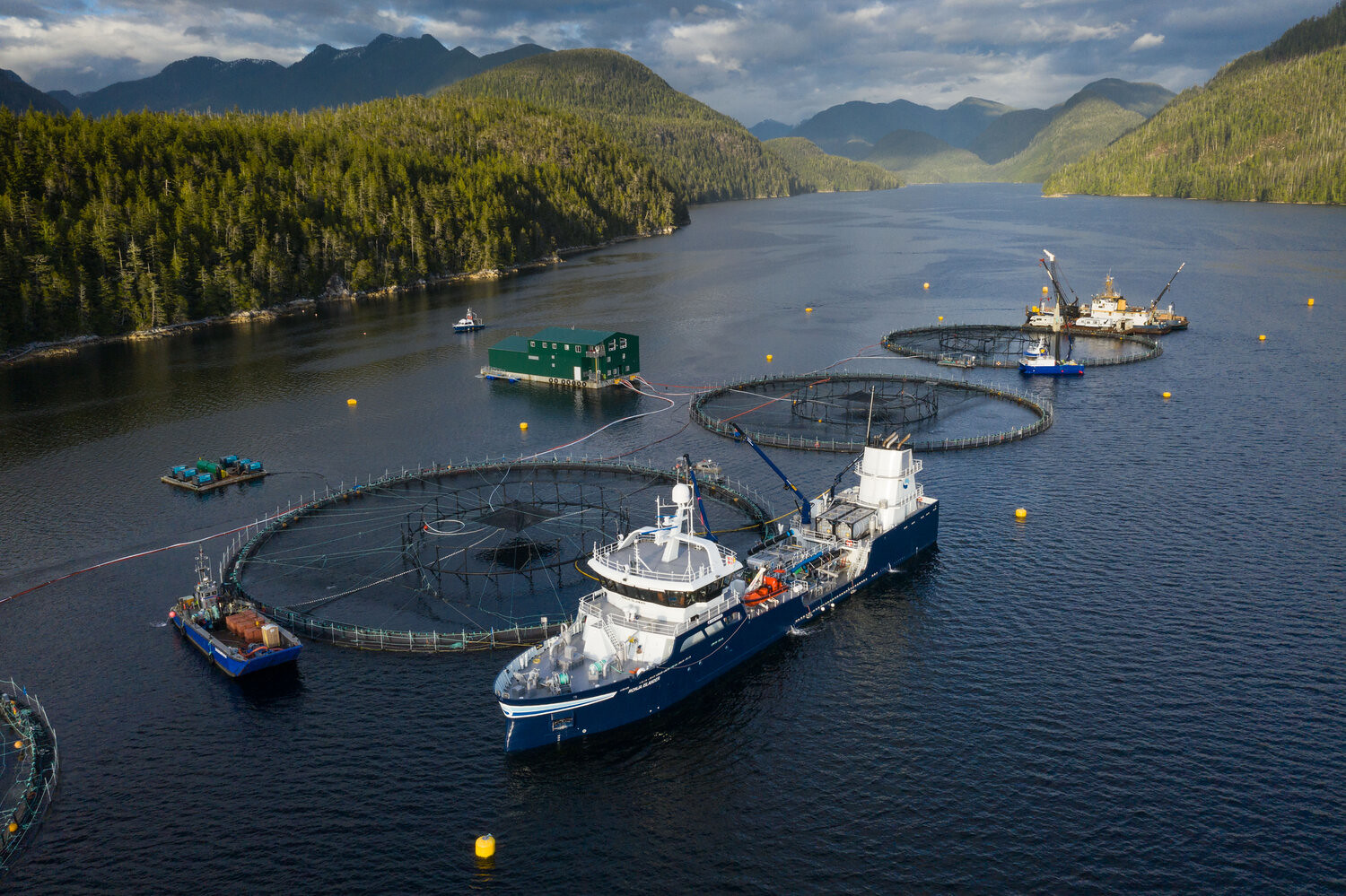 First Nations across BC are working with Fisheries and Oceans Canada (DFO) on changes to federal aquaculture regulations amidst a lack of clarity surrounding the future of salmon fish farming.

These changes include the development of the new federal Aquaculture Act, and a transition plan for open net-pen salmon farms.

The letter instructed Minister Murray to “Continue to work with the province of British Columbia and Indigenous communities on a responsible plan to transition from open net-pen salmon farming in coastal British Columbia waters by 2025 and work to introduce Canada’s first-ever Aquaculture Act.”

The open net-pen transition plan was first announced by DFO in November, 2020.

In an online press conference, Terry Beech, Parliamentary Secretary to the fisheries minister at the time, stated, “We know that open net-pen fish farms affect wild stocks. Much of the debate is around how much the farms affect those stocks and what is an acceptable level of risk.”

It has been over two years since the announcement, yet it is still not clear what the open net-pen farms will be transitioning to.

Uu-a-thluk emailed DFO to request clarification on whether the semi-closed containment systems being introduced to Grieg Seafood’s three Esperanza Inlet fish farms are considered part of the transition plan, however, no response was received.

It remains unknown whether the Canadian Government’s plan is to transition to truly closed containment systems, or if the decision is being left to First Nations and other stakeholders. This makes it difficult for First Nations communities to provide informed responses.

Despite the ambiguity, the First Nations Fisheries Council (FNFC) has facilitated preliminary engagement with First Nations. It has convened a First Nations Coalition Working Group (FNCWG) which Uu-a-thluk’s Central Region Biologist, Jared Dick, is a representative on, and is also hosting regional workshops for First Nations.

The FNCWG’s role is to provide analysis and recommendations, and coherent messaging from BC First Nations on the open net-pen transition plan and new Aquaculture Act.

On Canada’s end, DFO has struck a Strategic Oversight Committee and Technical Working Group to develop a draft transition plan, both of which the FNFC is a part of.

It is still early days, however, as far as DFO’s specific plan for engagement with BC First Nations.

“Their engagement plan on how they’re going to go about gathering input from Nations, including bilateral nation-to-nation, government-to-government meetings, is still in development,” said Dick.

“We want them to sit down with each First Nation to hear their specific approach rather than relying on individuals like myself to speak for all 14 Nuu-chah-nulth Nations,” Dick added.

Some of the topics BC First Nations have identified as priority areas for the development of the Aquaculture Act include the incorporation of First Nations perspectives and interests (for example, Indigenous Knowledge), the implementation of UNDRIP, tenure renewal and control and the monitoring and enforcement of fish farms.

Tenure creation and renewal is set to undergo a significant change as of June 2022.

For West Coast fish farms, only operators who can demonstrate they have an agreement in place with the First Nations whose territory they operate on will be granted provincial authorizations.  This applies to both new and renewal applications.

Operators must also satisfy the province that their farms will not negatively impact wild salmon stocks.

“We do realize there are lots of different views on this,” said DFO’s Amy Mar at the Nuu-chah-nulth Council of Ha’wiih Forum on Fisheries meeting in early February.

“Some communities are supportive of phasing out some of the marine net-pen sites and others are receiving some kind of benefits or have some kind of dependence on fish farming sites. We know there’s a wide range of views on this and we intend to go out into communities and talk about it; what are their interests and concerns, how can we take into account these different factors and implications and where do we want to move to collectively for marine fish farming in the future.”